Linux has grown from an enthusiast’s toy hobby to a viable alternative to Windows in recent years, thanks to the effort and the commitment of many selfless volunteering developers around the world and of some large companies such as RedHat and Concanical. With more and more security breaches happened to Windows computers, it is time to seriously consider Linux over Windows. Here are 10 most compelling reasons why Linux is better than Windows.

1. Linux Lets You Try before Install

All you need to do is to download the installation ISO image file of your favorite Linux distro (such as Ubuntu, Linux Mint, etc.) and burn it onto a DVD or an USB stick, then insert the DVD disk or USB stick into your computer and restart your computer. Make sure your set your computer to boot from either DVD drive or USB drive, then your computer will boot into Linux from the DVD disk or the USB stick, without touching anything on your hard drive. This is a full-blown operation system just as if it has been physically installed on your computer and you can use it as long as you want to test drive Linux, and once you are done, just reboot the computer from your hard drive as usual, then you will be back to your old system as if nothing ever happened. You can test drive Linux as many time as you would like to, just remember any changes you made during the test drive will NOT be stored on the hard drive, so they will be lost after you reboot your computer.

2. Linux Does Not Nag You About License Activation as Windows Does

Windows operating system requires users to purchase a license for every copy of Windows they install (except the volume license for business). And the installed Windows will not be activated until the license is verified and activated either by online activation or phone activation. Without successful activation, the installed Windows will only work for a limited time and the user will be notified regularly to activate Windows. The activated license is tied with your hardware (especially the motherboard of your computer), and if you make some major modification of your computer hardware, the license might become invalid and you will have to reactivate it by calling Microsoft.

Linux operating system, however, is open source and is free to everyone. I mean FREE to EVERYONE. So there is no license needed for installation and thus no license activation to worry, and there is no limit on the number of computers you can install it on. If you are tired of the license hassle (even after you paid), you should definitely give Linux a try.

Are you still using Windows 8 or even Windows 7? You should upgrade to Windows 10 as Microsoft suggests for the security and performance reason, but how much does it cost to upgrade? The cheapest price for Windows 10 Home is $119.99 plus tax. If you also need to upgrade your old Microsoft Office, then that is another $150. But how much does it cost to switch to Linux? $0. Yes, ZERO. As mentioned before, Linux is open source and is free to everyone, so you don’t need to pay anything to anyone (unless you would like to donate to the development team of your favorite distro). How about the office software suite? Many Linux distros come with LibreOffice which is fully compatible with Microsoft Office and it is FREE too. Linux also comes with other free software and can save you even more money, such as GIMP (Adobe Photoshop alternative), VLC video player (Media Player alternative), etc, so you may end up with more savings, which you can either put in a high-yield savings account or a high-yield CD account, or even invest in your retirement fund.

Did I mention any future upgrade to a new version of Linux is free as well?

4. Linux Is More Secure Than Windows

Linux was designed with the security in mind and here are some of many reasons that Linux is more secure than Windows:

1). Linux only gives user enough privilege they need, nothing more nothing less. This security model not only prevents users from accidentally damaging the system, but also prevents hackers from installing programs without user’s notice. Likewise, Linux has strict permissions on running programs and programs only run with enough privilege so they cannot easily mess up the system.

2). Linux is open source and everyone can review the source code of the system for vulnerabilities all the time. If a vulnerability or a bug was found, a patch to the vulnerability would be quickly developed and released to the public.

3). It is much harder to write virus or spyware to target Linux, that is why most the current computer viruses and spyware are targeting Windows.

5. Linux Is More Stable Than Windows

Have you see the famous Blue Screen of Death in Windows? Have you ever been told that you need to regularly reboot your Windows computer so it will not slow down? Have you also noticed that Windows gets slower after you use it for a while? That is why there are many Windows optimization programs around claiming to give you the ability to tweak your Windows to the optimal running condition. Well, you don’t see those programs in the Linux world simply because Linux does not have those issues and does not slow down on you. You can leave your Linux computer running for days without reboot and the performance will not be affected.

Do you know some large companies such as Google and Amazon.com use Linux as their server? One of the reasons is the stability of Linux.

6. Linux Is More Flexible Than Windows

When you have a specific task, you might be surprised that there are multiple ways to accomplish it. For example, if you need to search some specific text in a document, you can open the document to search for it. But if you are familiar with the Linux terminal you will probably want to use the command “grep” to find it, especially when the document is very large and it will take a long time to open it. This flexibility, such as using the command line to solve problems, can be confusing and overwhelming for new Linux users, but once they get used to it they will start to appreciate the flexibility, just like what happened to me.

7. Linux Has Less Demand On Hardware Than Windows

You don’t have to have a high-end and fancy computer to install and run Linux, of course it will be great if you do have one. If you have a computer that is too old to upgrade to Windows 10, most likely you can install Linux on it and it will most likely run smoothly. This definitely does NOT mean that Linux is inferior to Windows, on the contrary, it shows how Linux is good at keeping good performance even in a less-optimal situation. So if you have a old computer, don’t just throw it away yet. There are several lightweight Linux distros, such as Lubuntu, Peppermint OS, and Linux Lite, that run very well on old computers with as low as 512 RAM and you surely can use one of them to turn your old junk into something useful, like a digital photo frame on your living room table or on the wall.

8. There Are More Free Tools and Software Available To Linux

There are many free tools and software developed for Linux and each Linux distro may pick and choose free tools to be bundled in their release. For example, if you choose Ubuntu, then you will get free software, out of box, such as  FireFox web browser, office software suite LibreOffice and email client Thunderbird, and you can install more free software from Ubuntu’s Software Store after you install Ubuntu, such as the photo editor GIMP, VLC Media Player. If the program you need is not in Ubuntu’s Software Store, you might be able to find it on the Internet with instructions of how to manually install it in Ubuntu or other Linux distros, or even with instructions of how to compile the source code of the program and install it manually by yourself!

Since Linux is open source, it has attracted people with different technical background from all over the world to try and improve it in different ways, and are willing to share their knowledge to other people. If you have a Linux problem that you cannot solve, just ask around in different Linux communities, such as LinuxQuestions.org, AskUbuntu.com, StackOverflow.com, UbuntuForums.org there always are people with enough knowledge to answer your question. However, Windows is a closed-source system and not many people know much about the details of it, therefore, it is harder to find answers in Windows communities, even though there are more Windows users than Linux users currently.

10. Linux Can Meet Needs of Different Types of Users

Need to set up a server? No problem, Ubuntu Server version is here to help. Need to test the security of your network? There is Kali Linux just built for this purpose. Are you a programmer? Why not try Debian, Arch Linux, Ubuntu, or Fedora? Are you a researcher working on some cool projects? Why not try Ubuntu? Or if you are just a regular user who needs to get daily things done, you will be so glad to know that Linux Mint is very user-friendly and can make your life so much easier.

No matter what your needs are or what your task you are trying to accomplish, most likely there will be a Linux distro to help you. Can you make the same claim for Windows?

Do you think Linux is better than Windows? I would like to know your opinion. 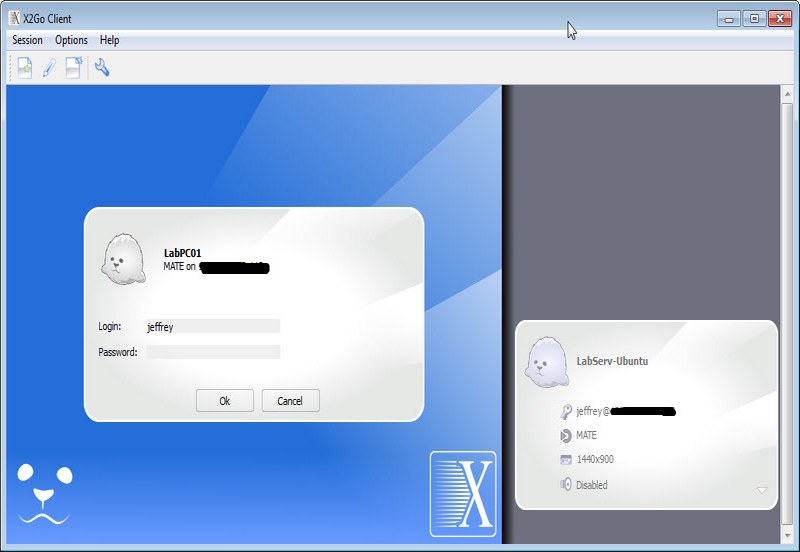 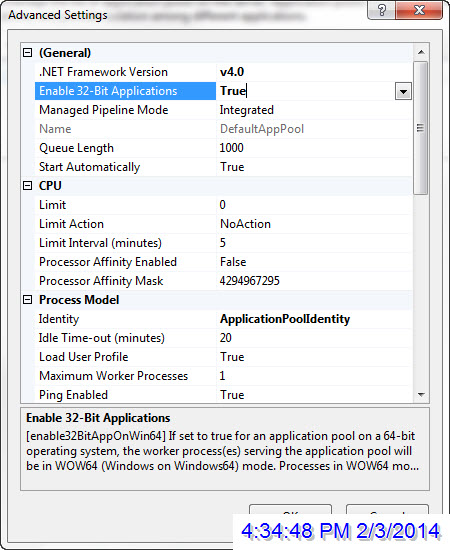 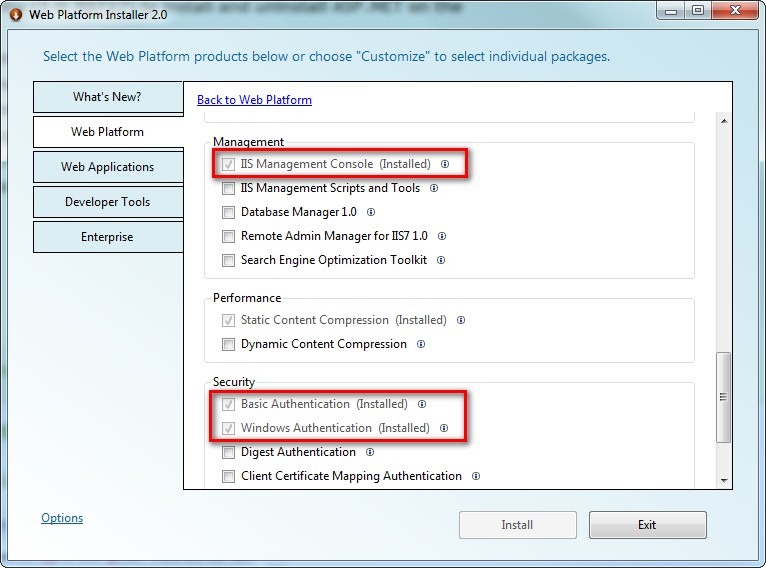 In Windows XP, if IIS was installed after Visual Studio was installed, then you would have to run command aspnet_regiis –i in […] 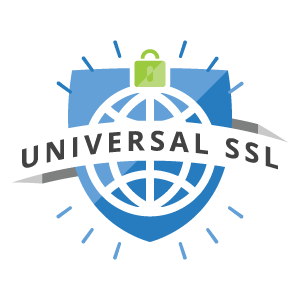 A few months ago, I decided to switch my hosting provider from Arvixe to SmarterASP.net and after the switch I decided not […]