But why Ubuntu 18.04 LTS is so important? LTS stands for Long Term Support and a LTS release of Ubuntu means Canonical (the company who created Ubuntu) will provide support for 5 years until April 2023 which a normal release of Ubuntu will have support from Canonical for 9 months. The LTS release is for companies who need a stable OS and technical support. Canonical usually releases a LTS version every two years and the last LTS release is Ubuntu 16.04 LTS which still has two years of support from Canonical and it gives companies enough time to get ready for upgrading to Ubuntu 18.04 LTS.

If you are still using Ubuntu 16.04 LTS, then the biggest visual change is that Unity is replaced by GNOME. Unity is a graphical desktop environment that Canonical developed in hope of replacing GNOME desktop environment, however, many Ubuntu users, including me, have been complaining and criticizing Unity since its initial release in 2010, and many Ubuntu users have left Ubuntu for other Linux distros because of Unity (including me). After releasing Ubuntu with Unity for several years, Canonical finally decided  to drop Unity from the last normal release Ubuntu 17.10 and use GNOME instead, and also claimed that Ubuntu 18.04 LTS will ship with GNOME as well. Many users (including me) came back to Ubuntu because of this decision, after all Ubuntu is still the best Linux distro (even though Linux Mint is catching up).

Here are some new features included in Ubuntu 18.04 LTS:

For a complete list of new features in Ubuntu 18.04 LTS, check the official release notes.

OMG! Ubuntu posted a poll on their website asking how many people will upgrade to Ubuntu 18.04 LTS after its official release, at the time of writing, more than 87% of the polled users indicate they are planning to upgrade and I am one of them. I am very excited about the new Ubuntu 18.04 LTS and cannot wait to use it. How about you?

When I tried to run a project today and got an “Unable to start debugging on the web server” error: According to […] 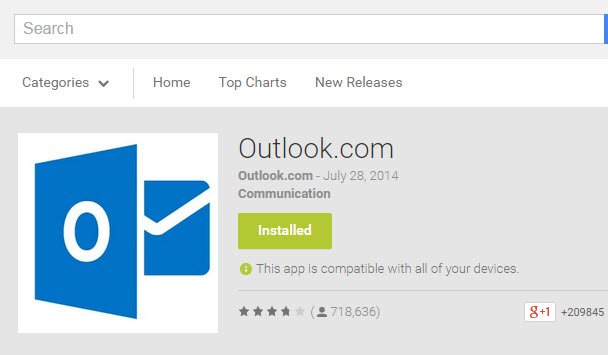 Microsoft recently released their own Outlook for Android app (version 1.0.2) which works with Microsoft Exchange, Office 365, Outlook.com (including Hotmail, MSN), […]