A new version of Pokémon GO was released yesterday with many new update and the most exciting update is the addition of over 80 additional Pokémon. Even though I have not caught any Pokémon as shown in the promotional picture above, I did catch some very cute new Pokémon such as Sentret, Hoothoot, Noctowl, Spinarak, Snubbull, etc. This update also added two new Berries: Nanab Berry which can calm down a Pokémon, making it less erratic and Pinap Berry which makes the Pokémon drop more candy.

Players were excited about the new addition of the Pokémon family and were trying to catch the new Pokémon as soon as the game was updated, and I was one of them and it is not surprising that I experienced game lagging yesterday. From yesterday until the time of this writing, here is the list of Pokémon I have caught:

Pokémon GO generated about $1 billion for Niantic 7 months after its initial release, and I think this new update will bring in more cash than any other previous updates for Niantic. Here are some reasons:

1. When Pokémon GO was first released, there were only 250 Pokémon included, so by default each player’s Pokémon bag can hold maximum 250 Pokémon. The bag size can be upgraded to hold more by purchase Pokémon Storage Update which costs 200 PokéCoins. Players can slowly earn free PokéCoins by controlling PokéGym or purchase them with real cash. 100 PokéCoins costs $0.99 and 550 PokéCoins costs $4.99, etc. You see, this new update introduced 80 additional Pokémon and you will definitely need a bigger bag to store them, most likely players will have to purchase PokéCoins to upgrade their Pokémon storage in order to catch the new Pokémon. The good news is Niantic reduced the price for Pokémon Storage Update from 200 PokéCoins to 100 PokéCoins, and I can imagine many players will be willing to spend $0.99 to upgrade their bag. This seems to be a small amount of money, but considering the large user base of Pokémon GO, it will bring in large amount of money for Niantic.

Personally I like this new update and I have been battling a lot and saved up enough PokéCoins to update my Pokémon storage for this new release, but I wish Niantic had given each player a free storage update, say maybe additional 40 Pokémon storage, to help them out a little bit, especially those low level players who do not have powerful Pokémon to battle in PokéGym.

How about you? What do you think of the new update? 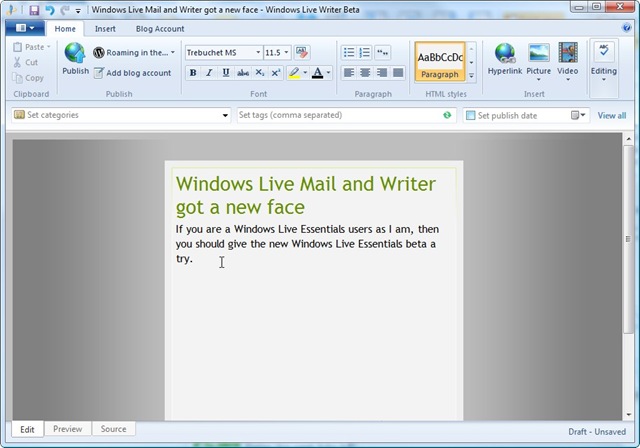 Now you can turn your Bing search credits into your airline flyer miles or hotel loyalty points.

Microsoft Word 2007 has a new feature that allows bloggers to write posts in Word itself then publish it later. When you […]