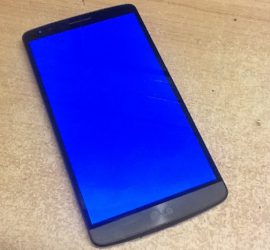 I never imaged that Android has blue screen of death until my son handed to me his LG G3 smartphone with a blue screen of death. And after several seconds, the blue screen disappeared and the phone went “dead” and would not respond to any buttons, including long-holding the power button. After I opened up the phone case, take out the battery, and put it back, I was able to turn the phone on, but immediately […]