The official support for Microsoft Windows XP ended one month ago, and if you are still using Windows XP, then you really should either upgrade to Windows 7 or higher, or switch to another OS.

Since Linux is open source, you can build your own flavored system based on the Linux kernel. That is the reason there are many different Linux flavors, officially each flavor is called a Linux distribution, or distro for short. Currently the most popular and user friendly Linux distro is Ubuntu, and the second popular is Linux Mint. But don’t be fooled by the popularity and jump right into Linux, because you may not be ready or Linux may not be a right choice for you. You need to be extra careful especially if :

1). You use Internet Explorer all the time.

There is no Internet Explorer in any Linux distro, you will have to use other web browsers such as Google Chrome, Mozilla FireFox or Opera.

2). You use Microsoft Office daily.

Microsoft Office is not supported in any Linux distro (though you might be able to run Microsoft Office with the WINE emulator in Linux), and you will have to use LibreOffice, which is a free office suite, but looks like the old version before Microsoft Office 2007 when the Ribbon user interface was introduced. If you are used to Microsoft Office Ribbon UI, then you will LibreOffice hard to use. I know lots of people give up on Linux because of this.

3). You have a high-end computer or new computer.

High-end computers or new computers may have new hardware which may need proprietary driver and may not be available in Linux. The good thing about Linux is that you can use a Linux Live CD/DVD to try Linux before installing it, and each Linux distro provides their own Live CD/DVD. I tried Linux Mint Live DVD yesterday on my HP Envy laptop, but unfortunately the Live DVD could not load and all I got was a black screen, while Ubuntu 14.04 LTS Live DVD loaded up without any problem.

4).  You have some important software that is not compatible with Linux.

Don’t be surprised if you find out that many Windows programs you use do not have Linux versions, especially the commercial software. For example, if you are an Adobe PhotoShop user, then you will have to give it up in Linux and switch to use GIMP which is said to be able to replace PhotoShop, but I find the learning curve of GIMP is quite high.

5). You are scared of using command-line commands.

Even with the most popular Ubuntu, often times you will have to use command-line commands to fix issues or change system settings. If you don’t have time or guts to mess with commands, then you should stay away from Linux.

There are of course more things you need to consider before making the switch, but if you are at least comfortable with the five things above, then you can roll up your sleeves and dive into the Linux world.

If you decide to switch to Linux, I would suggest you to start with Ubuntu Live DVD without installing on your computer. Then after you are comfortable with Ubuntu, you can install it on your computer. Or you can install Ubuntu on a virtual machine (i.e. VirtualBox from Oracle) on your Windows computer, so you can learn Ubuntu Linux while doing your daily duty in Windows until you are ready for a complete switch.

I got a 503 error message the other day when I was trying to write a post, which made me love the […] 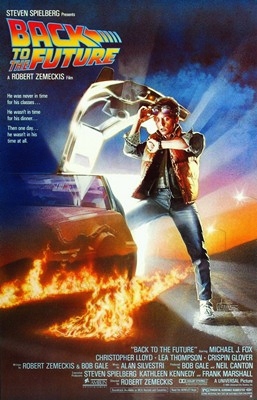